According to the statistical data of Mir, in the market share of China's industrial robot market in 2019, "four families" accounted for nearly 40%, respectively 12% of fanak, 11% of ABB, 8% of KUKA and 8% of Yaskawa;

In recent years, many domestic high-quality robot manufacturers have begun to rise, their share has gradually increased, and the replacement process has been accelerating. We can see from the revenue performance of these enterprises in recent years. 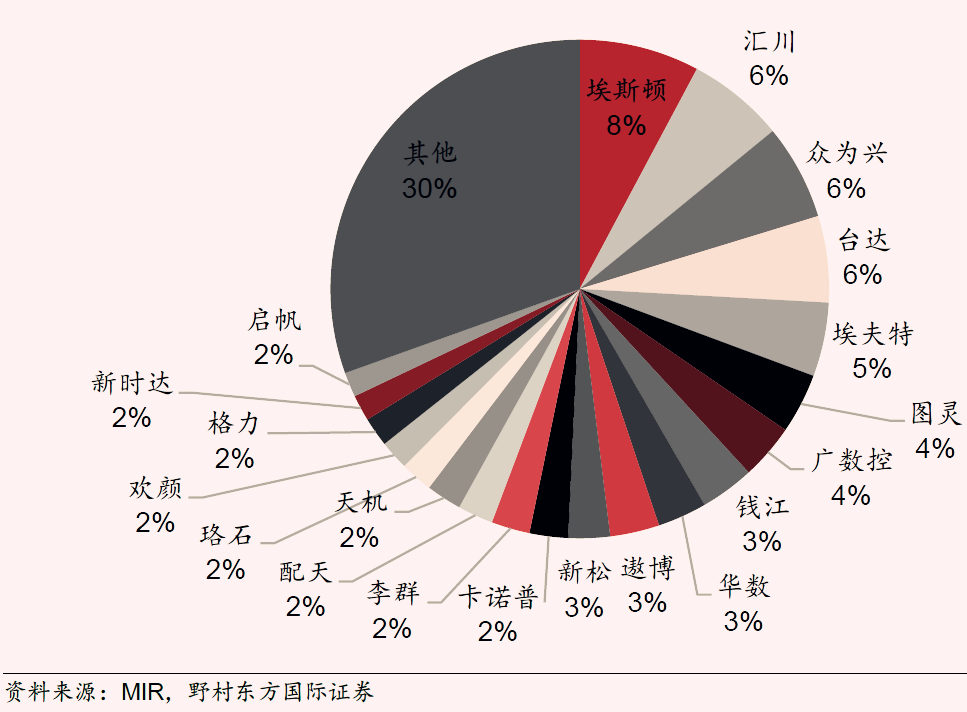